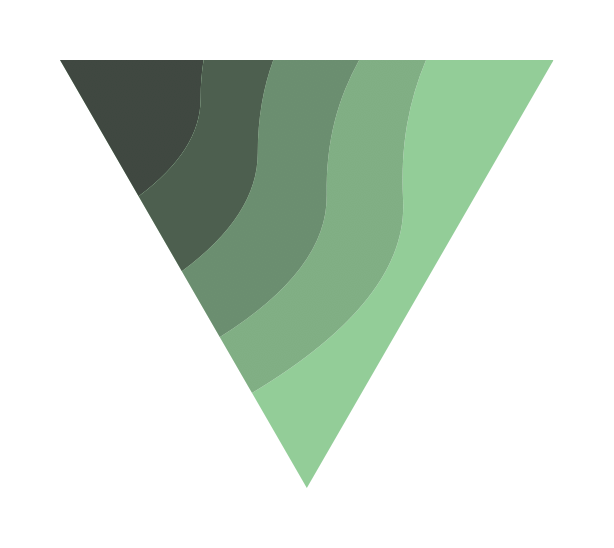 Our mission is to further the science of coastal carbon capture and galvanize global deployment.

We spread a natural mineral, olivine, in coastal areas. There, wave action speeds up the carbon dioxide capture process while de-acidifying the ocean.

Thirty years of scientific research has demonstrated that this works and has provided strong evidence that it is a highly affordable and scalable solution.

The process captures 20 times more carbon dioxide than the extraction and transportation of the olivine. If deployed on just 0.1%-0.25% of global shelf seas, we could capture 100% of annual human carbon emissions.

Our mission is to further the science of enhanced weathering and galvanize global deployment. To that end, we are planning experiments to pilot olivine deployment.

All scientists in the field are welcome to contribute to the design of these experiments, and to analyze the resulting data.

Once we have finished the experiments and published the data, we will be able to deliver to the world a blueprint and integrated model for deploying olivine in coastal areas.

The Enhanced Weathering Integrated Assessment Model (EWIAM) will enable any government or private organization to measurably remove carbon dioxide from the atmosphere at scale.

History - Where We Came From

Project Vesta was born out of a climate change think-tank called Climitigation. This group investigated as many carbon capture solutions as possible, searching for one that had received too little attention and investment.

Climitigation found that coastal enhanced weathering was a process with enormous potential for cheap, permanent carbon capture at massive scale. Further, they found that the technology was stuck in the lab, despite real-life beach pilots being the clear next step.

No one was bringing together the combination of multidisciplinary science, government support, funding, and sheer force of will that would help this technology ‘cross the chasm’ between theory and maturity. Project Vesta was founded to do exactly this.

We consider the entire life-cycle of the impacts of this nature-based solution. We aim to capture 20 times the CO2 we emit. We measure the ecological effects of our entire process from quarries to coastlines, and wherever possible seek to have a regenerative effect on the ecosystems and communities we touch.

We are fundamentalists about our commitment to scientific rigor. We believe that the path to global scale is paved with robust science, transparency, and the credibility that comes from these.

Scale is paramount. Our goal is to remove tens of gigatons of carbon dioxide per year. We believe that to be seriously impactful, CO2 removal solutions must be able to achieve gigaton+ scale by 2030.

This immense challenge requires extensive collaboration. We work with the global scientific community to publish peer reviewed research. We partner with governments, NGOs, academic institutions, and the private sector to advance the field with the ultimate goal of safe global deployment.

We will accomplish our mission by using the power of natural wave energy in coastal areas. Today, we know that reducing carbon dioxide emissions alone will not be enough to solve the climate crisis: we need to remove carbon dioxide from the atmosphere. Fortunately, nature already has a way, billions of years old, to do this – by weathering volcanic minerals. When rain falls on volcanic rocks and washes them into the ocean, this causes a reaction which removes CO2 from the atmosphere and locks it up in limestone at the bottom of the ocean.

The team would like to thank R.D. Schuiling and Poppe De Boer, whose passion for olivine weathering and insightful research provided significant inspiration for the Project Vesta vision, and whose work in many ways continues to guide this promising field. 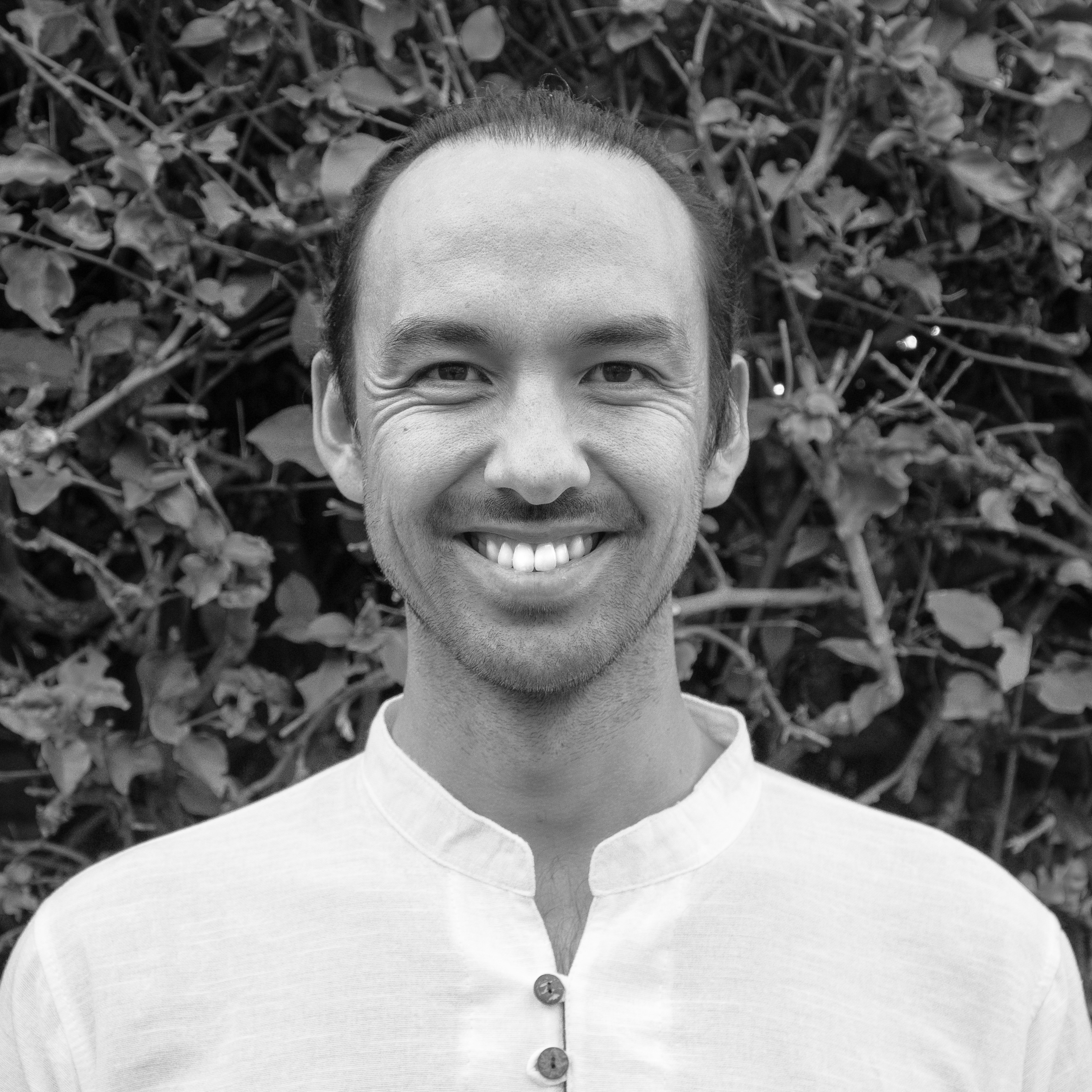 Dr. Nathan Walworth received his M.Sc. in Molecular Ecology from Lund University in Sweden and his Ph.D. in Biological Oceanography at USC in Los Angeles. His research has taken him from the Tropics to Antarctica studying the molecular mechanisms of the Marine Microbiome and how they drive biogeochemical cycling under different global change scenarios. He also has a background in entrepreneurship and futurism co-founding several startups as well as the NEXUS Futurism Group and Impact accelerator where he convenes leaders in exponential technologies and helps to accelerate companies tackling the UN Sustainable Development Goals. 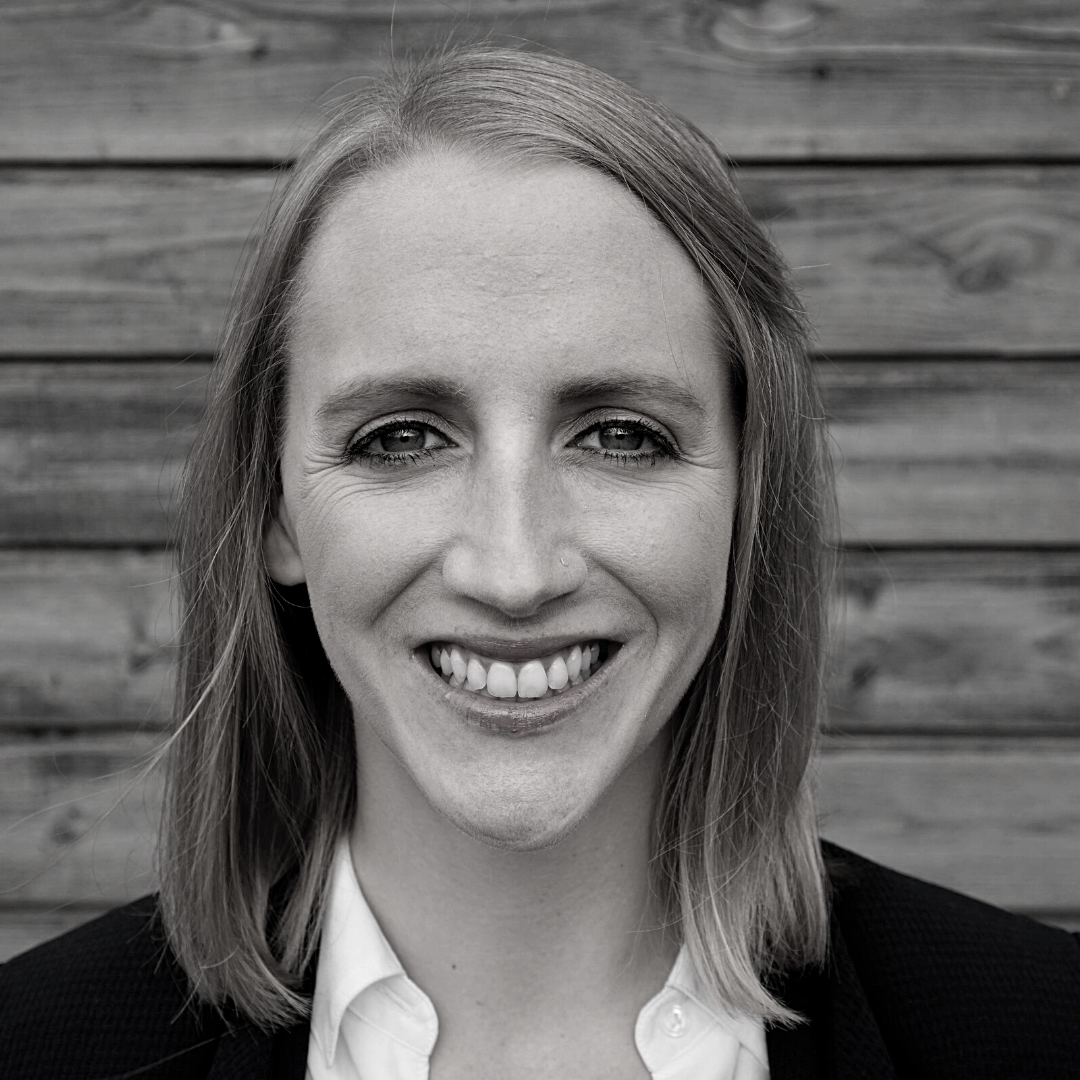 Grace Andrews has a Ph.D. in Earth Science from Northwestern University. Her research investigated the rates of, and controls on, geologic timescale chemical weathering. Prior to joining Project Vesta, she worked at the Leverhulme Centre for Climate Change Mitigation implementing terrestrial Enhanced Weathering trials at locations around the globe. 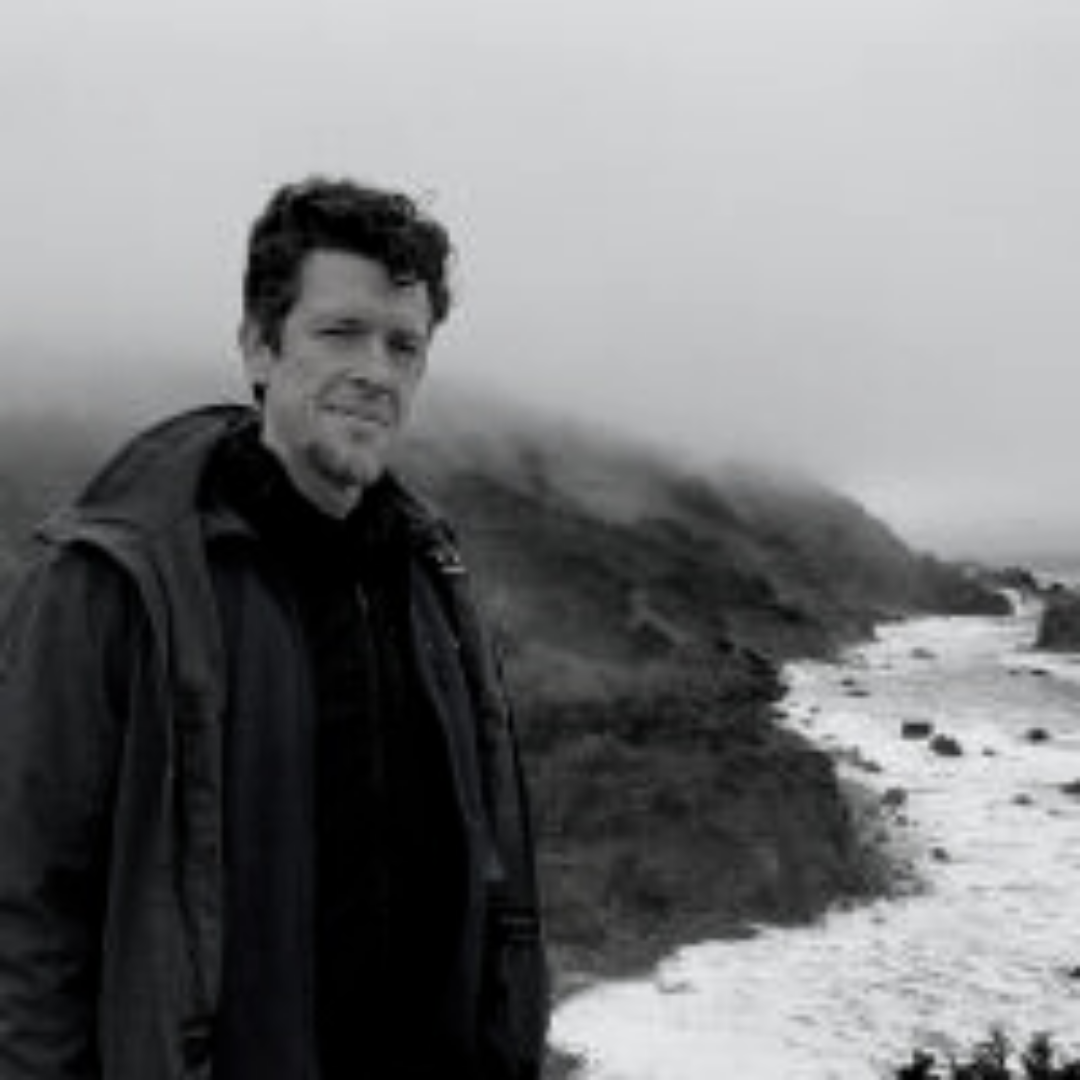 A marine biologist with over 15 years of experience, Francesc has studied the functional ecology of bottom organisms and their relationship with the environment, focusing on benthic ecosystems. Francesc has focused on experimental marine ecology, including environmental impact studies and marine habitat monitoring projects. He has conducted fieldwork studies on the natural green sand olivine beach in Hawaii (Papakōlea) including sampling corals there. Francesc has published and contributed to numerous papers on olivine weathering in coastal environments and has spent years exploring methodologies to increase natural marine carbon sinks. 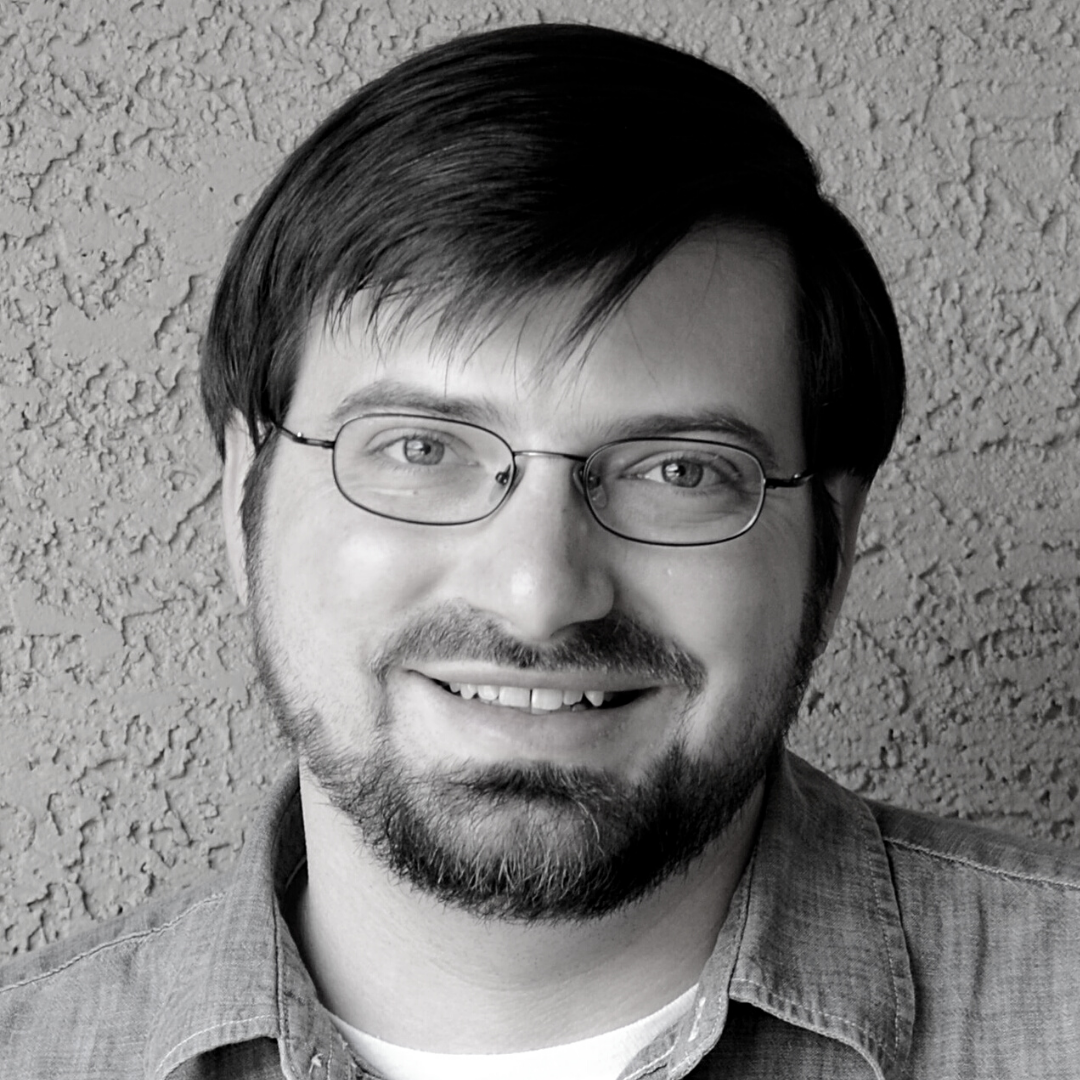 Stephen Romaniello received his M.Sc. from Cornell University and Ph.D. from ASU in the Geological Sciences. His 10+ years of work as an isotope geochemist and marine biogeochemist developing cutting edge applications in nontraditional stable and radiogenic isotopes has been funded by NSF, NASA, the Sloan Foundation, and the W.M. Keck Foundation. His research examines the chemical and ecological processes that have shaped Earth for over 4 billion years including the modern Anthropocene Epoch. He was an Associate Professor of Isotope Geochemistry at U. of Tennessee, Knoxville and founding director of the UT ICP-MS Core Research Facility before joining Project Vesta. 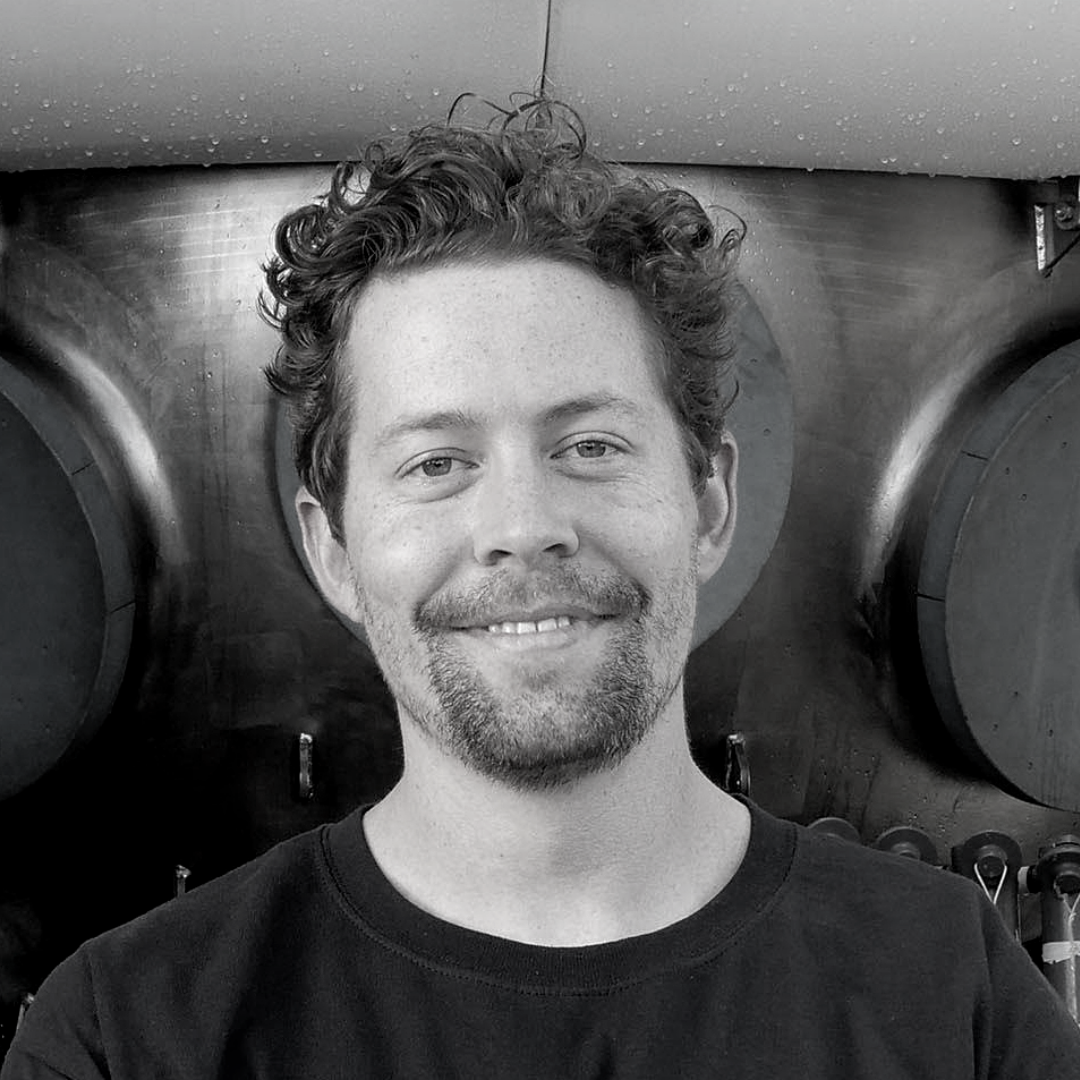 Dr. Drew Syverson received his B.Sc. in Geology and Geophysics and his Ph.D. in Geochemistry from the University of Minnesota. He is now a Research Associate at Yale University where he combines novel experimental and analytical research with oceanic fieldwork to examine chemical interactions between seawater and the oceanic crust. His research has spanned the Atlantic and Pacific oceans from oceanographic cruises to diving in the deep-submergence vehicle, Alvin, 2.5 kilometers down to the seafloor of the volcanically active East Pacific Rise. His research also includes the feasibility of coastal enhanced weathering and the potential geochemical effects from the deployment of olivine on Earth’s coastlines. 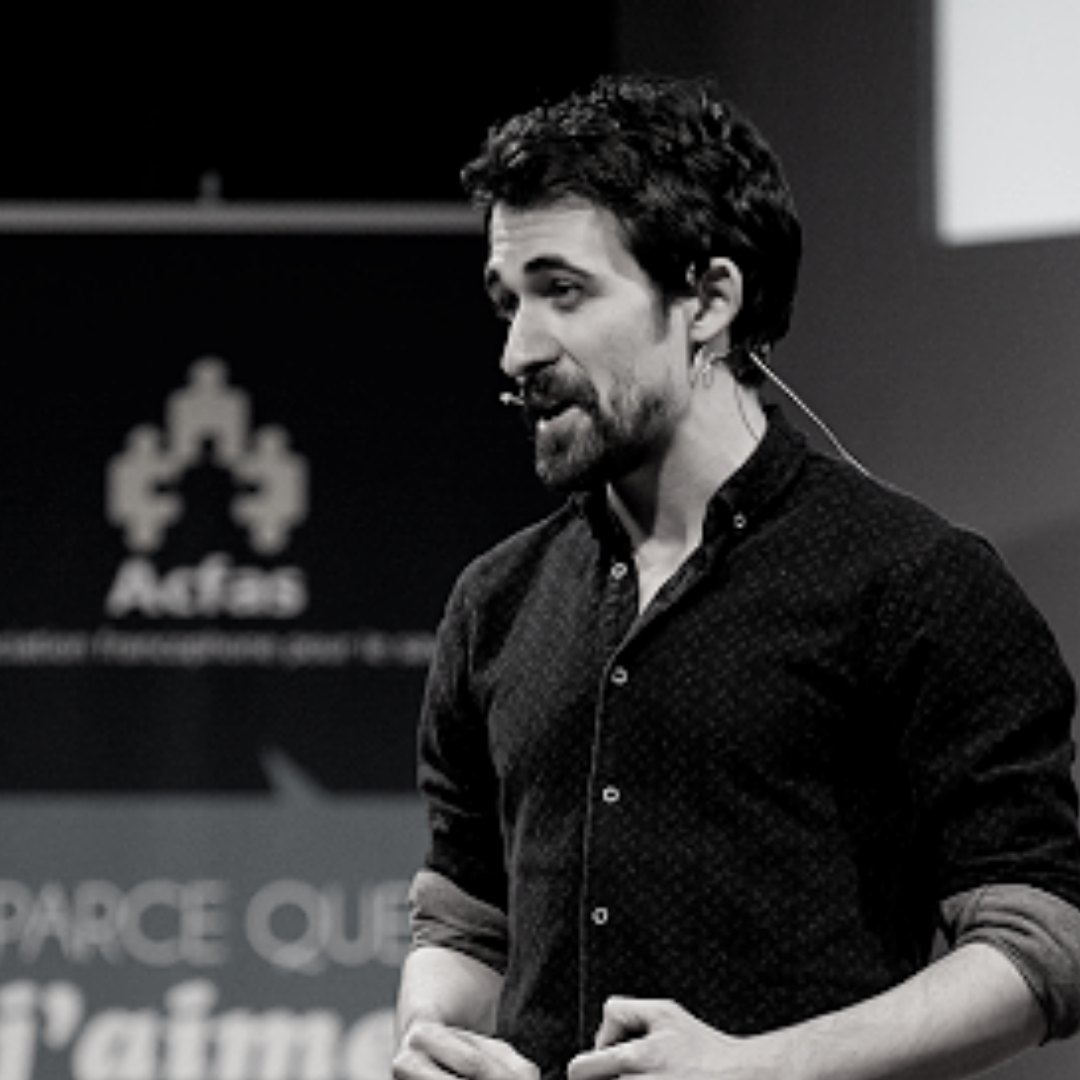 Olivier is a marine geochemist studying the ocean carbon cycle in the Anthropocene, which is the current epoch dominated by human activity. He uses numerical models, laboratory experiments and in-situ observations to understand how sediments and organisms at the seafloor, a mostly unmapped environment that covers more than two thirds of our planet surface, regulate the Earth's climate. Olivier’s research has brought him on cruises across the Arctic, where he measured the effects of ocean acidification and climate change caused by human-made CO2. 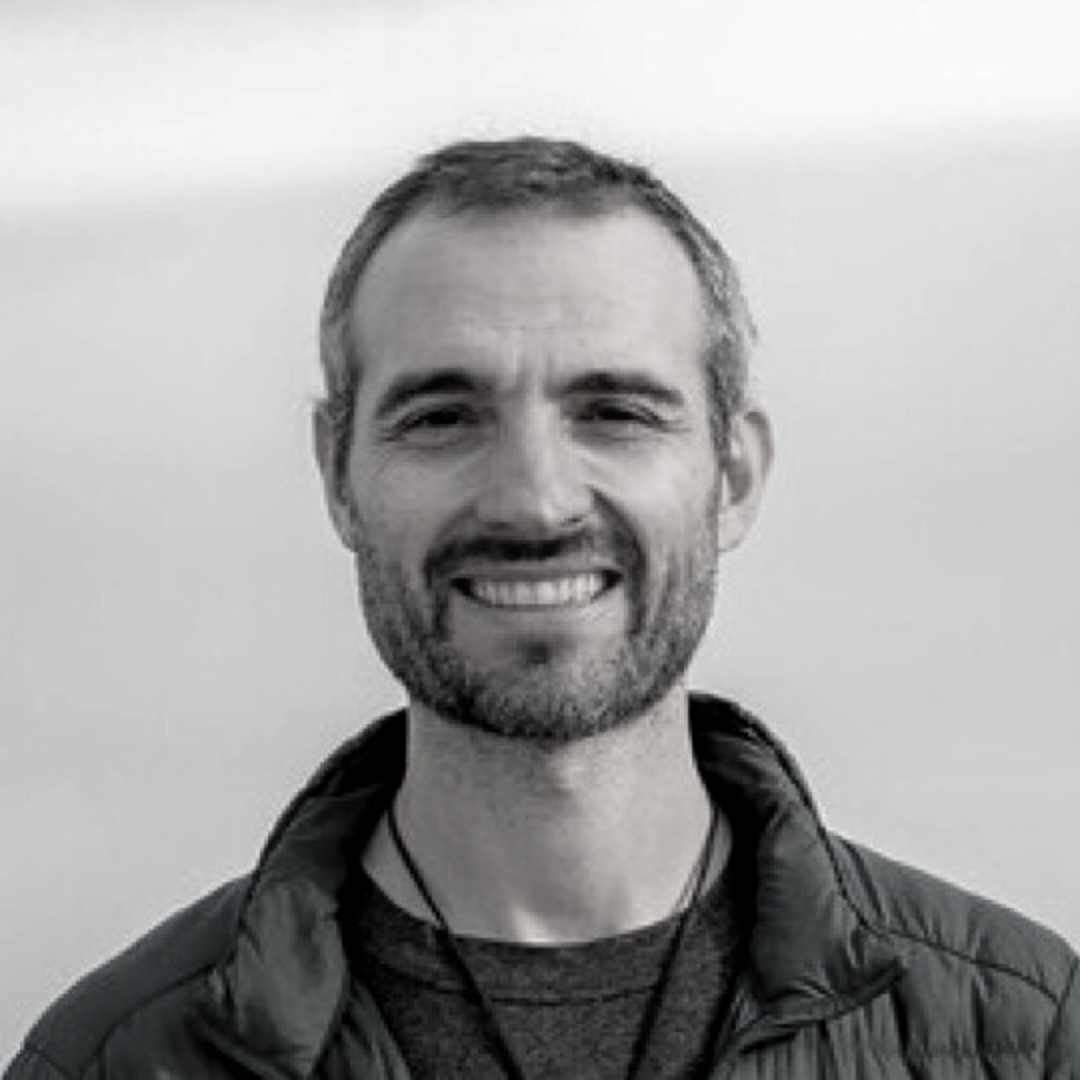 Tom began his career as a biologist, then spent 20 years in various corporate roles at Capital One, Lending Club, Bain & Company, and Averon, spanning marketing, data analysis, communications, product, strategy, project leadership, and general management. He is co-founder of UK climate change non-profit We Are Ancestors and has advised The Nature Conservancy on strategy. He holds an MBA from Harvard Business School. 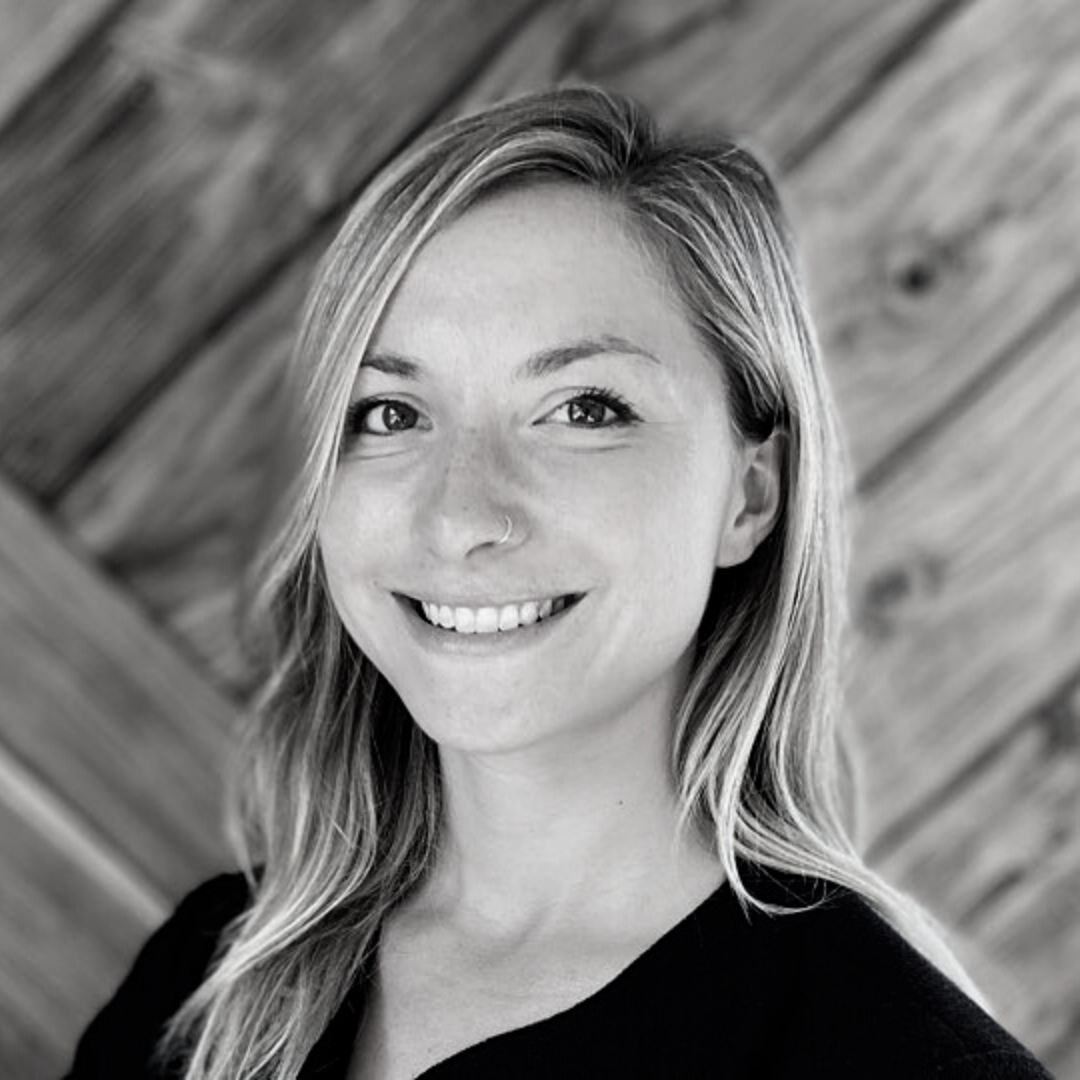 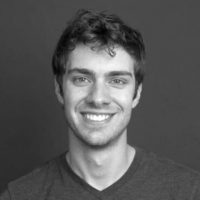 Brian is an award-winning fintech entrepreneur who was voted a top innovator in banking to watch in both 2017 and 2018. His past companies have been backed by Wells Fargo, 500 Startups, Hummer Winblad Venture Partners, and Payment Ventures. 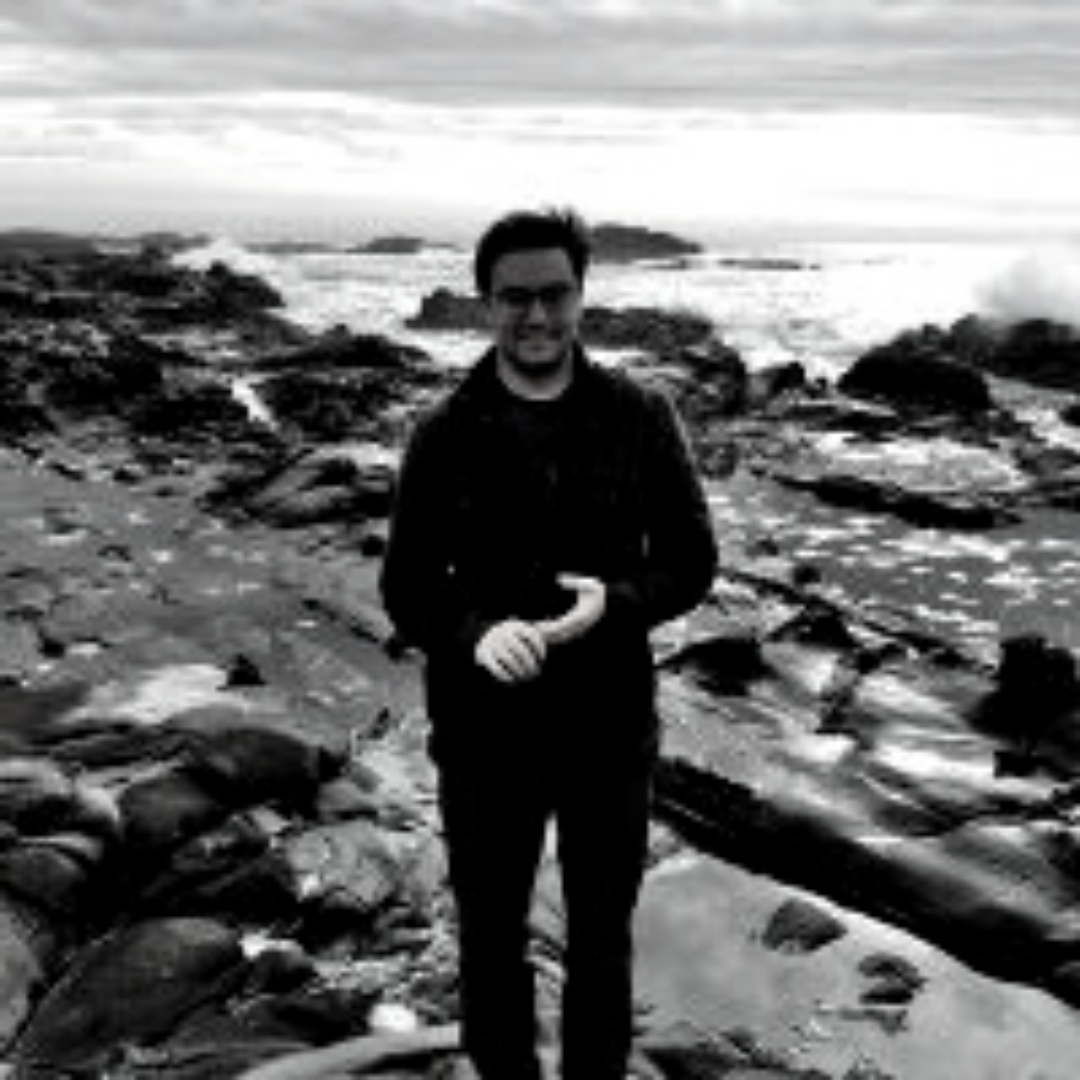 David is a Project Vesta Co-Founder. David also created Galactic Tick Day, a holiday celebrating the motion of the solar system around the milky way. Additionally, David is the founder at TheUnblocker.com, a productivity application that uses machine learning to automatically generate ”to do” lists.. He continues to work to help humanity realize that we need to work together to solve our collective problems. 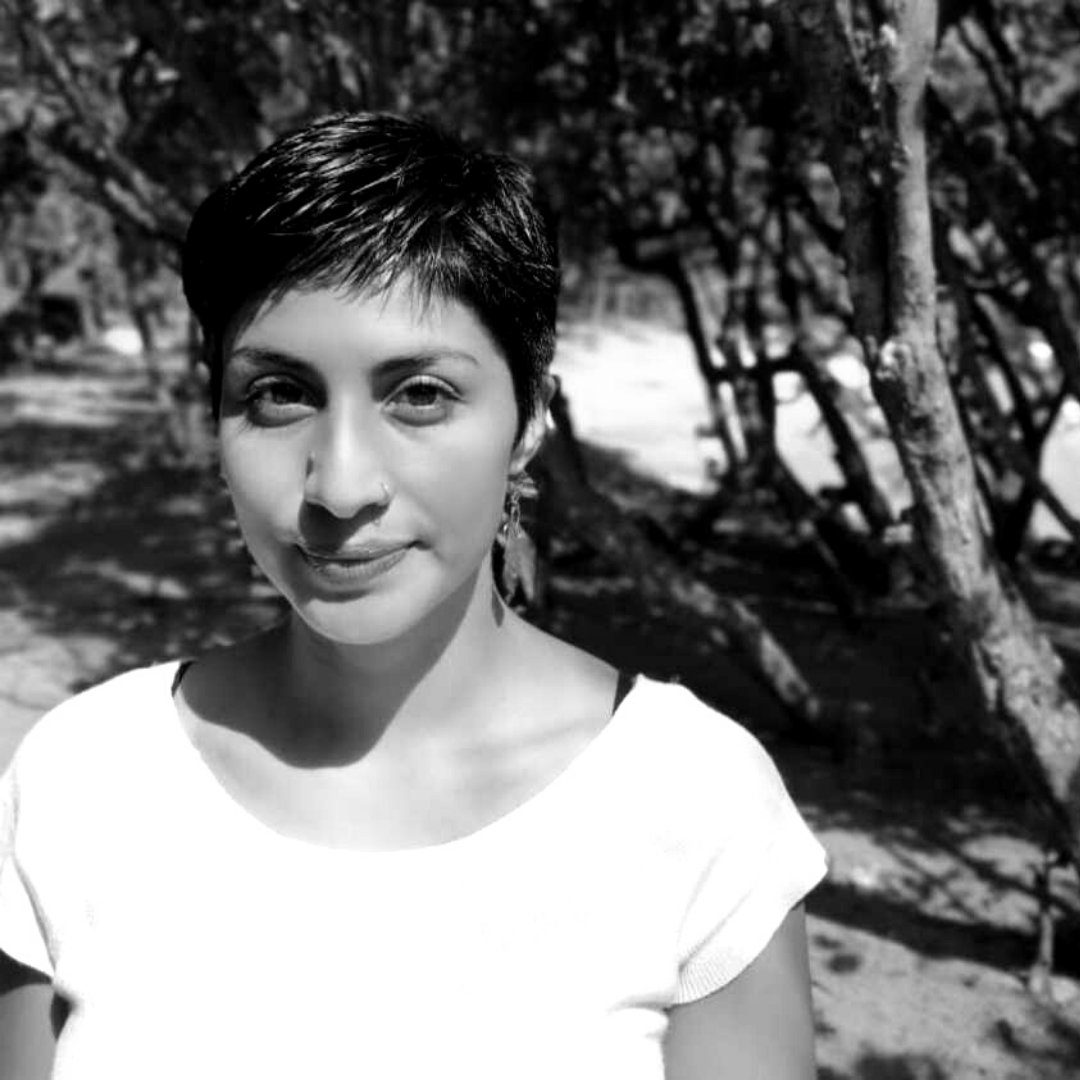 Paloma received her H.B.Sc. degree in Biology from the University of California Santa Cruz and her M.Sc. in Water Sciences at Yucatan Scientific Research Center. Her research experience spans diverse fields including biochemistry, marine ecology, coastal eutrophication, and long-term interdisciplinary projects such as the McMurdo LTER in Antarctica. She has 5 years of experience as a research technician for different biogeochemistry research groups and more than 10 years of laboratory and field work experience. 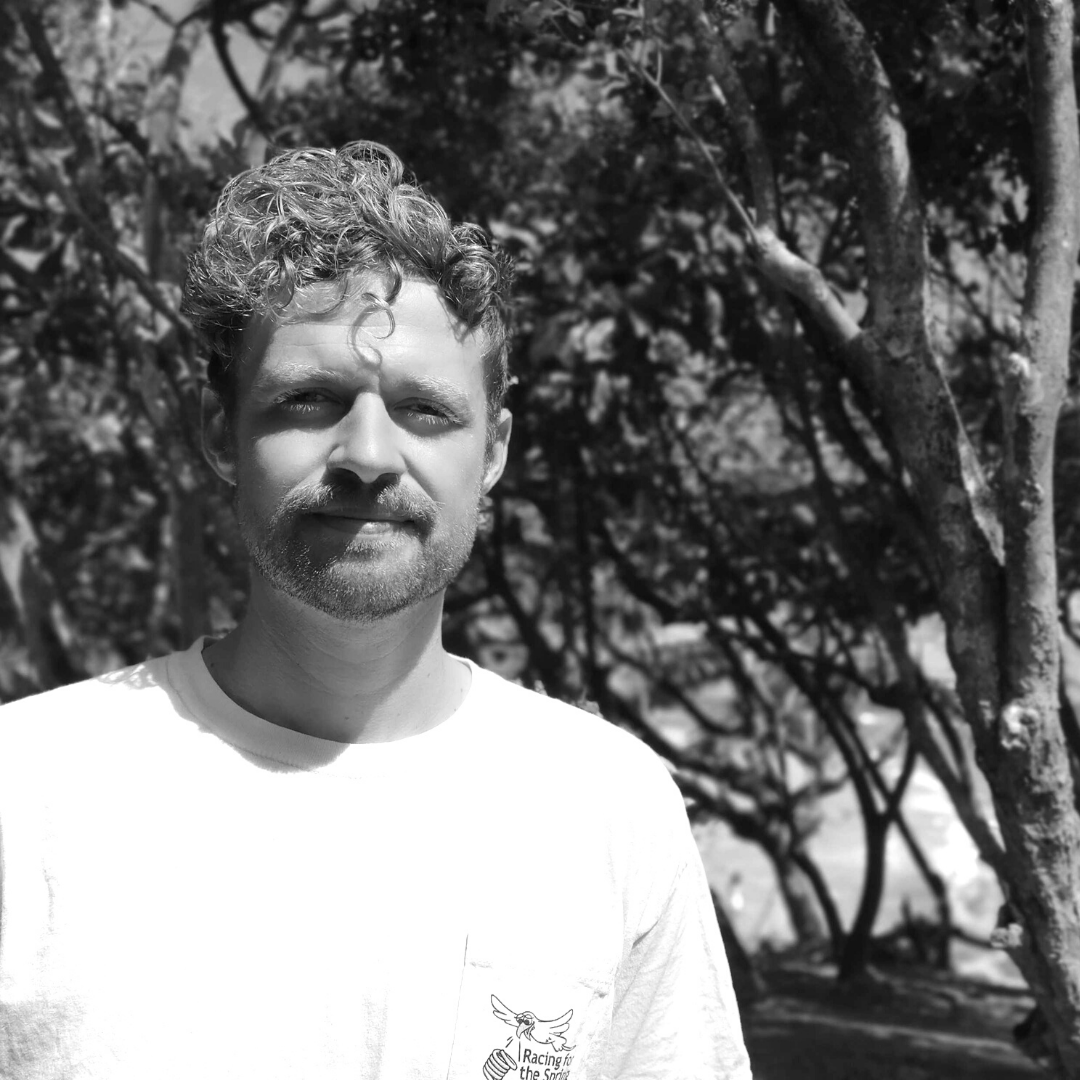 Matt received his B.Sc. from the University of East Anglia in meteorology and oceanography and has over 8 years of laboratory and field experience in biogeochemistry and oceanography. He has conducted diverse research across Europe, Africa and Asia. He has spent the last few years working at the Bermuda Institute of Ocean Sciences as a technician at both the Tudor Hill Marine Atmospheric Laboratory and the Bermuda Atlantic Time-series Study, assisting research aimed at understanding air-sea interactions and biogeochemical cycling in the North Atlantic. 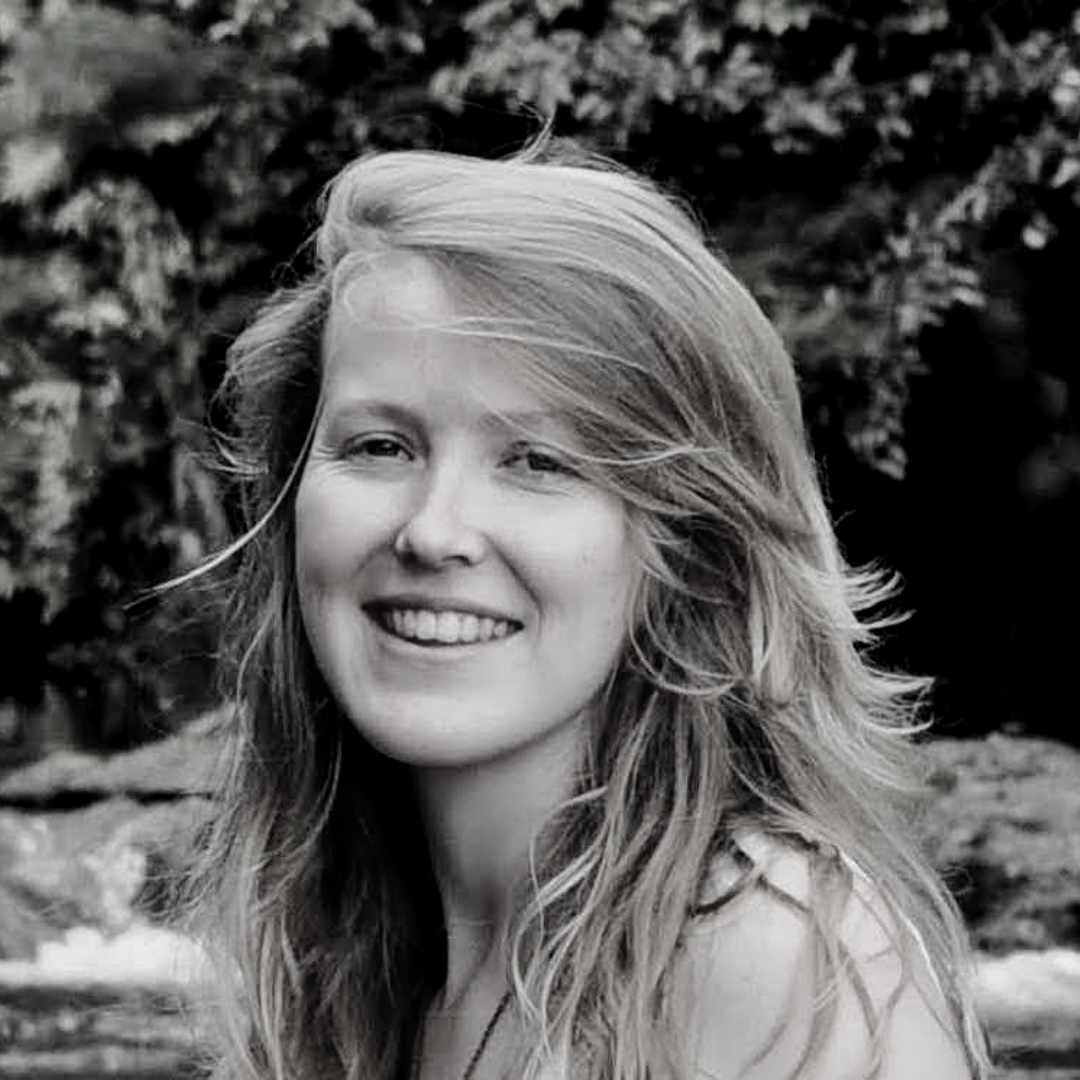 Cheyenne began her studies in computer science at Mcgill University before transferring to the University of Queensland where she received her B.Sc. in Marine Science. She has helped conduct research across diverse projects in remote Australian environments including conservation monitoring, marsupial tracking in tropical rainforests, and invasive species assessments. She also has experience in quantitative biology including developing an R package for researchers. Her passion remains in understanding the impacts of climate change on our marine ecosystems and exploring the underwater world we know so little about. 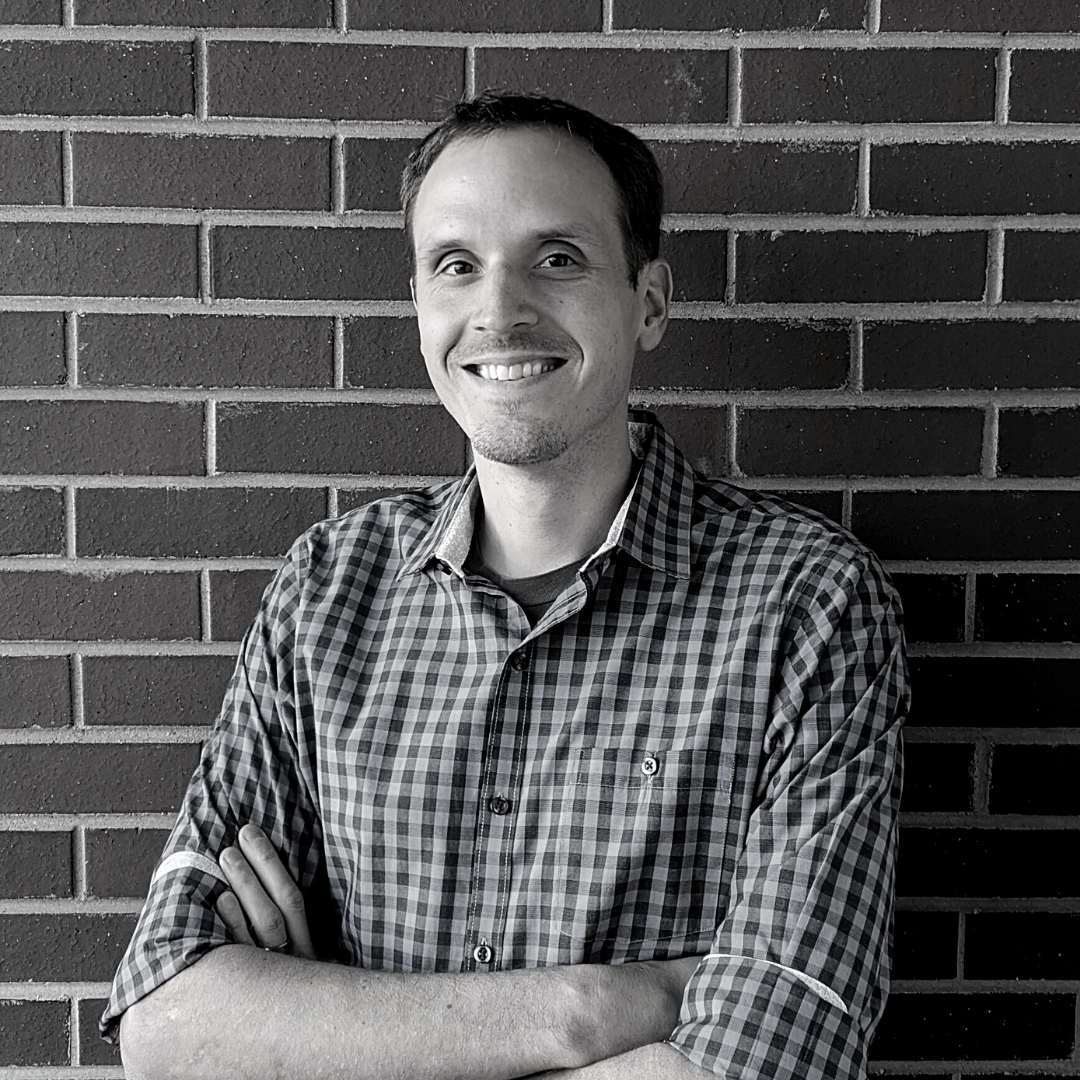 Eric has 10 years of experience in project management at growth-stage companies, refining processes to improve transparency and efficiency. He has led globally distributed teams to bring dozens of consumer electronics and accessories products through the iterative design process to market. 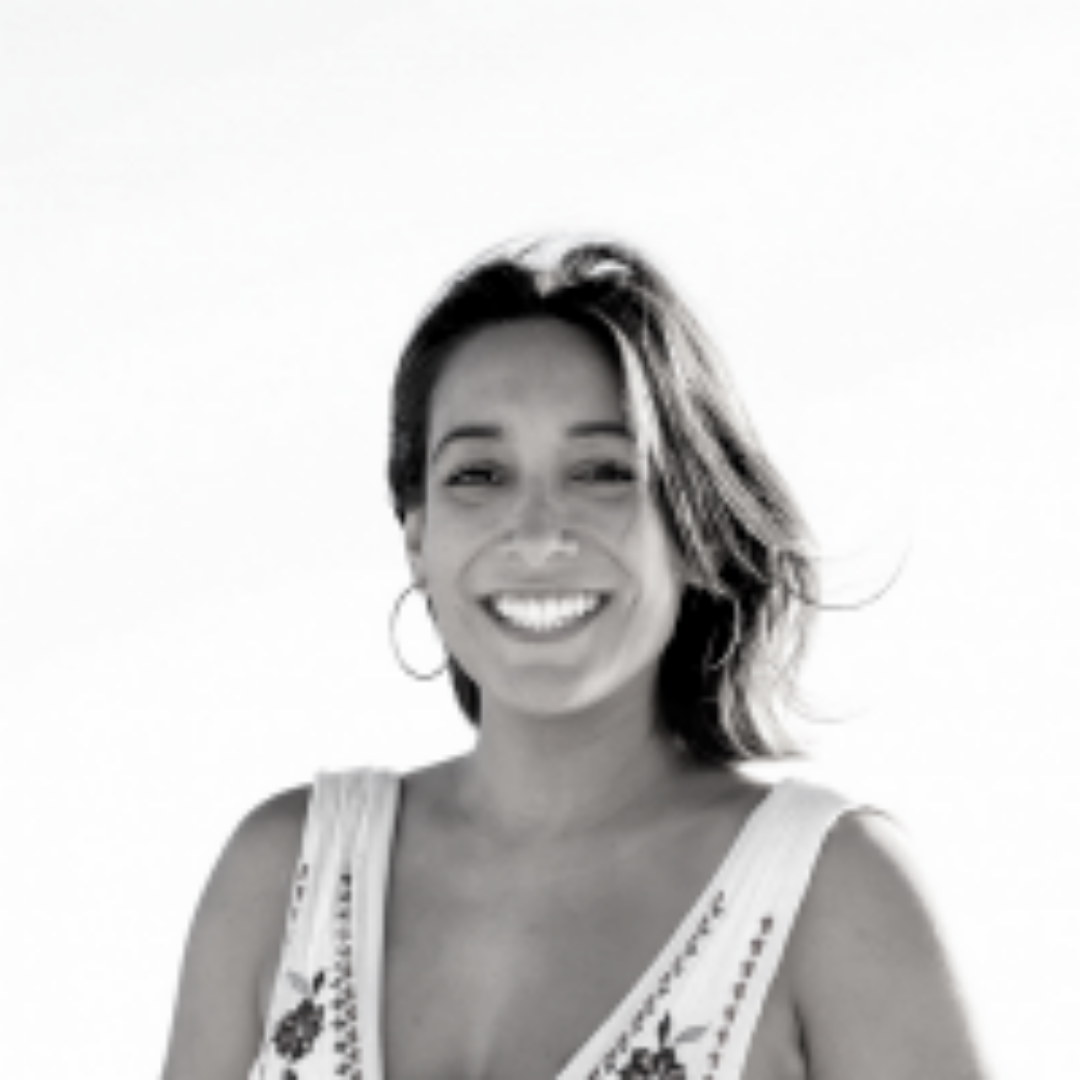 Raised between the US and Peru, Desiree has spent years learning from aid workers, working on tech public policy advocacy and over a decade producing events. She founded Far Away Projects, a nonprofit dedicated to supporting early stage environmental, humanitarian and scientific projects to accelerate their impact. She has supported dozens of projects across 9 countries in just 4 years. Far Away is Project Vesta’s 501(c)3 fiscal sponsor. 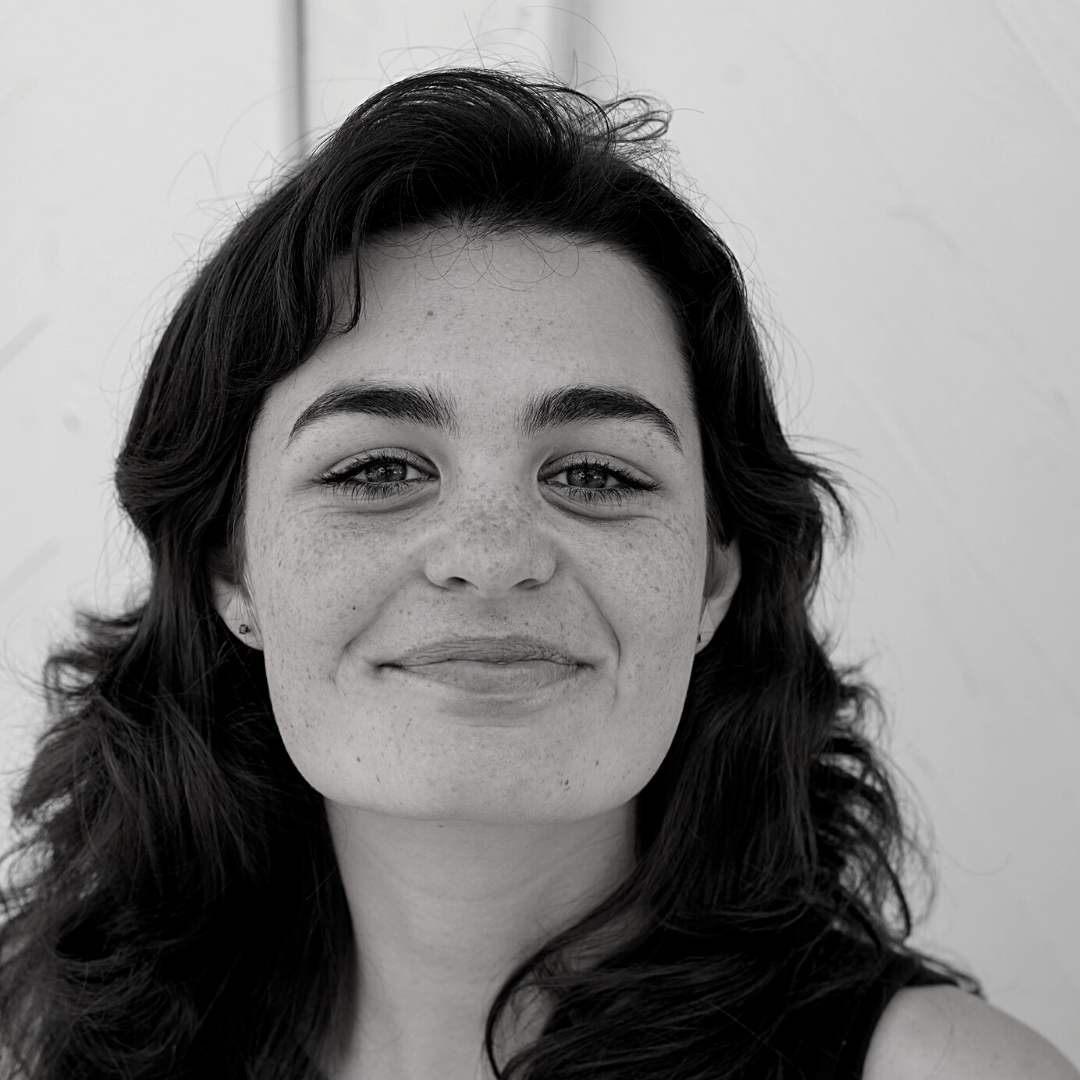 April Eason is devoted to addressing the climate crisis through bringing activated people together. Her background is in nonprofit management, social media and communications, and critical project performance/DEI analysis. Her work has taken her to San Quentin Prison in California, Meru Kenya, Austin Texas, and the Big Island of Hawaii.

A Master of Science in Applied Physics, and an active player in sustainable energy projects. Pol is an author on numerous papers related to olivine weathering and is an expert in the field of olivine dissolution kinetics. Pol is currently the CTO at Green Minerals where he works to explore industrial and commercial uses for olivine.

Biohacker, futurist and environmentalist, Eric is Co-Founder of Project Vesta and founder of Climitigation, a climate change mitigation think tank, where he came across olivine weathering as an under-explored technique for CO2 removal at scale. Eric also founded Nootroo, a nootropics company dedicated to advancing the potential of the human mind. 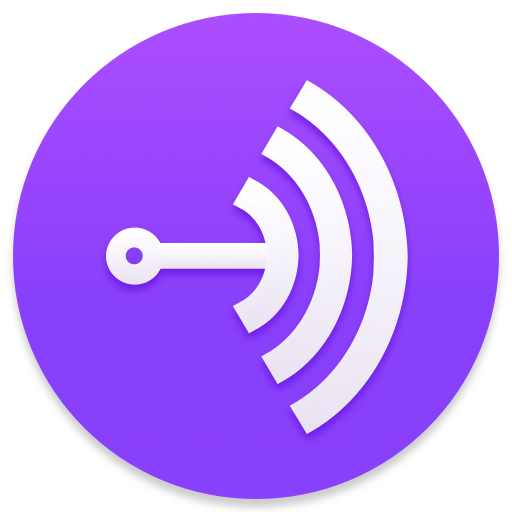 Returning CO2 into the Earth and making carbon negative hydrogen

Interview with Amanda Ravenhill of the Buckminster Fuller Institute

The State of Carbon Dioxide Removal and the Oceans

Our call for creators

Why We Must Remove Carbon Dioxide from the Atmosphere

Stripe and Project Vesta, and what this means for us

Project Vesta's Art Installation, CarbonCycle, is a huge hit with attendees and celebrities at the Planet Home EcoConference

Why We Must Remove Carbon Dioxide from the Atmosphere

Build the models that can help reverse global warming.

Run Your Own Lab In A Tropical Paradise.

For all large gift inquiries, please email our Director of Development